This is a popular mezé, or appetizer, in Greek cuisine, usually enjoyed with a slowly sipped drink before dinner. 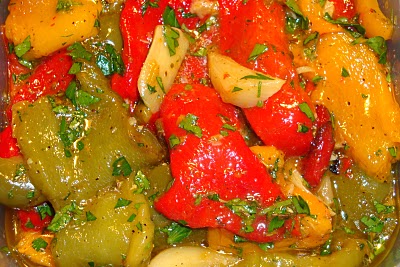 Country Sausage with Peppers and Tomato