This recipe is made with a type of pasta called Trahana (trah-hah-NAH) that is made from semolina together with either milk (sweet trahana) or yogurt (sour trahana). It’s dried and then crumbled into tiny little grains that are much like couscous in their appearance. 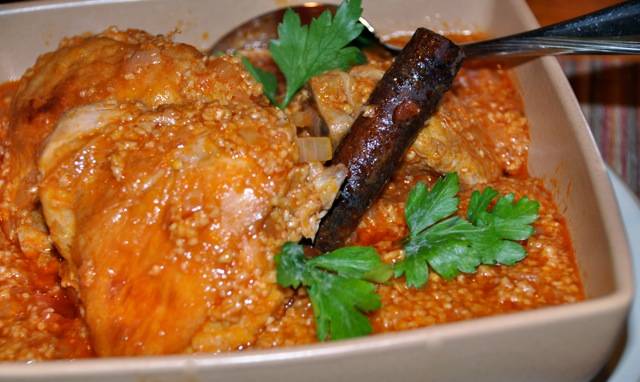 While Trahana can be found in most ethnic grocery stores, if you need a substitute, you can try a small grain pasta like Acini di Pepe.