Phyllo (in Greek: φύλλο, pronounced FEE-lo), also spelled “filo,” is most often used to describe wafer-thin sheets of dough that are used to make some of the most delicious pastries and savory pies in the world. However, phyllo has gotten a reputation as being hard to use, or too delicate, with the result that many people stay away from it and use, instead, puff pastry or strudel doughs that just don’t give the best results. 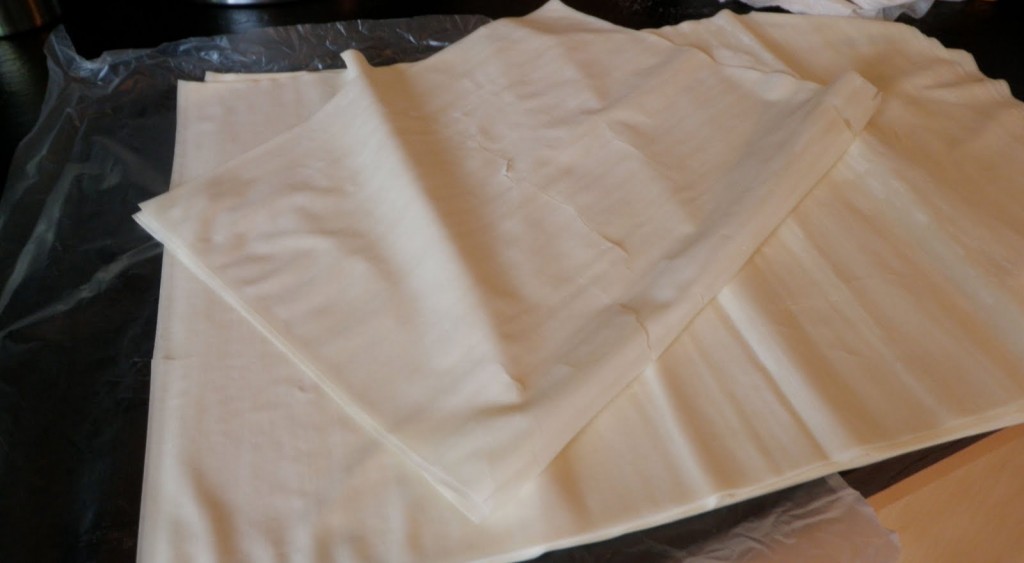 Baklava-type pastries are thought to have been created by the Assyrians around the 8th century B.C.E. Originally made with layers of bread dough, the recipe traveled across borders, throughout the Balkans, to Greece, the countries of Asia Minor and the Middle East, and as far west as Ancient Persia. The great Greek contribution to these pastries and pies was the technique for creating the wafer-thin dough we know today as phyllo, sometime around the 3rd century B.C.E.

Let’s get started with the basics.

he Five Rules of Packaged Phyllo

Make Your Own Phyllo Dough