Dried and ground anise seed are usually available in small disposable bags or in sprinkle-pour bottles. 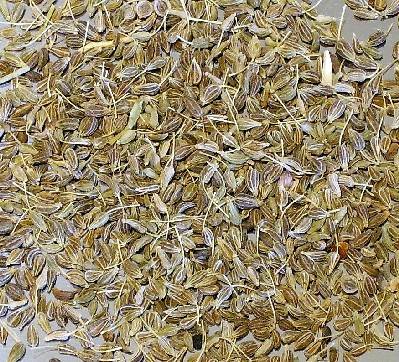 Originally from Asia and North Africa, the anise plant grows to between 19.5 and 31.5 inches tall, with leaves that originate at the base of the stem). The flowers are white or yellowish. The fruit (seeds) are either oval or oblong, caramel colored, and are strongly fragrant.

Originally from Asia and North Africa, anise is cultivated by many Asian, Middle East, and Mediterranean countries. Ancient Egyptians used anise, together with cumin and marjoram, for mummification, as well as for medicinal purposes and in the practice of magic. According to the ancient Greek doctor Dioscurides, anise induces sexual desire. Hippocrates recommended anise to stop episodes of sneezing. Pliny prescribed anise to women going into labor so that they would have an easier delivery.

The essential oil obtained from anise seeds, because it contains anethol, is considered a diuretic, an aid to digestion, and an expectorant, among other medicinal uses.