al-Baghdadi p. 212/14
Take fine white flour, and with every ratl mix three uqiya of sesame-oil (one part oil to four of flour), kneading into a firm paste. Leave to rise; then make into long loaves. Put into the middle of each loaf a suitable quantity of ground almonds and scented sugar mixed with rose water, using half as much almonds as sugar. Press together as usual, bake in the oven, remove. 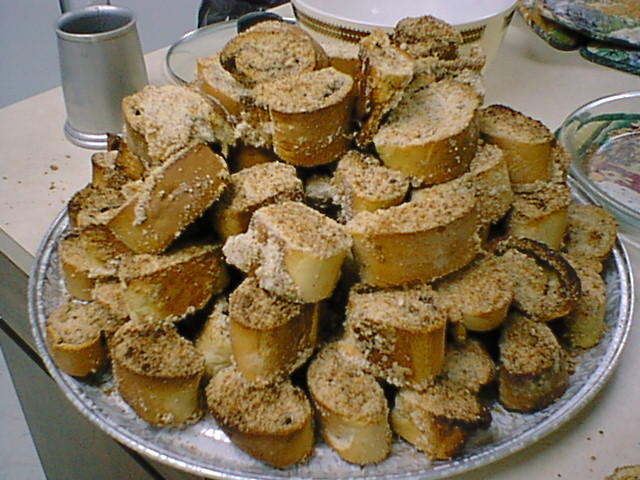 The two versions are:

Notes:
We used commercial bread dough due to the scale of making this for a feast; here is the recipe as adjusted for this: